Spotlighting: The Trouble with Chicken Patriarchy

My summary in a nutshell:

Patriarchy: "a form of social organization in which the father is the supreme authority in the family, clan, or tribe and descent is reckoned in the male line, with the children belonging to the father's clan or tribe."

Egalitarian: "asserting, resulting from, or characterized by belief in the equality of all people, esp. in political, economic, or social life."

Archaic: "marked by the characteristics of an earlier period; antiquated"

Yes, I'm channeling my inner feminist. And yes, I think some change is called for.
Posted by Clean Cut at Thursday, April 29, 2010 12 comments:

Another Reason I Appreciate Candor 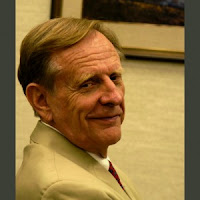 On the back of Henry Eyring's quote I recently shared, here's one more reason I appreciate candor:

Richard Bushman:
"We put ourselves in a precarious position if we propagate a view of Joseph Smith that conceals part of the man. When a young graduate of BYU learns for the first time about Joseph's plural marriages or his temper, disillusion can set in. If all this was hidden from me in my religious courses, the graduate asks, can I trust what I have learned? To be credible we must be candid." 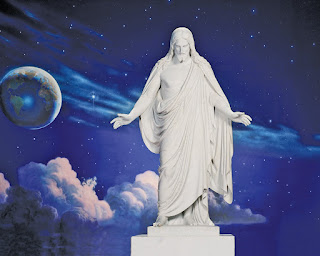 I know we ALL have seen our fair share of posts addressing that question, but here's one more worth reading: LDS Newsroom Blog: "Are Mormons Christian?" by Nate Nielson. Well done, Nate.
Posted by Clean Cut at Monday, April 19, 2010 3 comments:

One "Reflection" From a Scientist: Seek a Happy Balance

If you haven't read "Reflections of a Scientist" by Henry Eyring, you're missing a gem from one of my new favorite Mormons. (Thank you Jake [friend in my ward who occasionally reads my blog] for letting me borrow it! I enjoyed it thoroughly!) Even though Henry Eyring's son serves in the First Presidency and Elder Maxwell once opined that he was "the most distinguished Mormon scientist of this dispensation", I'm convinced that he is very much under-appreciated by the masses.

I'm completely fascinated by him. He's both insightful and hilarious--even at the same time. He shares his insights on topics such as truth, the Church, Church leaders, science enhances religion, warts and skeletons, the age of the earth, and even organic evolution. There are plenty of quotes worth sharing, but here's one of a more serious nature from the "Warts and Skeletons" chapter:

“We should be willing to enjoy a full picture of our heroes, leaders, and history. I believe that when we ignore the “darker side” we leave ourselves unprepared for the revelation of some unhappy deed or event of past or present. We might be better off if we leave the warts on and let a few of the skeletons out of the closets ourselves for open examination. On the other hand, there are dangers in debunking everyone and everything that is a little above the ordinary. We ought to seek a happy balance of letting the truth flow forth without either hiding or digging for problems.”
Posted by Clean Cut at Wednesday, April 14, 2010 3 comments:

The following is a comment too long to include on R. Gary's blog, since my comments there were already getting a bit long. I thus post a response here:

Gary, I appreciated getting to understand your viewpoint better. It seems, however, that we indeed disagree on the role of "official church media". Take the Bible Dictionary, for example. It is part of "official LDS media", but its introduction states: "It is not intended as an official or revealed endorsement by the Church of the doctrinal, historical, cultural, and other matters set forth". Therefore, simply because the drafters interpreted a couple of scriptures as teaching that there was no death before the fall, it still isn't an endorsement by the Church on that doctrine.

As an aside, even though I agree with Elder Talmage, I would not prevent other views from being published (whether taught by Woodruff or Lee) because that's what they personally taught. But I also recognize that just teaching something and publishing it doesn't automatically elevate it to "truth" , nor does it canonize one "right" position simply because it gets included in a manual. Of course, this touches upon The Challenges of Defining Mormon Doctrine-another important conversation.

I certainly would not assume, as you seem to imply, that President Eyring in the current First Presidency disagrees with his father's published views about death before the fall simply because President Eyring "could" have prevented teachings to the contrary from being published but did not. If I understand your position correctly, then the lack of statements in church manuals or the inclusion of statements from old church manuals in current church publications demonstrates (according to you) an implicit endorsement by everyone in the current First Presidency and the Twelve on those positions. This makes absolutely no sense to me, and here is why:

1. Not everything published in official LDS media becomes an official LDS position.
2. But even if we take your view, it cuts both ways.

Another point. The editors of the Ensign approved an article containing Elder Talmage's words in the Sept. 1987 issue of Ensign. In fact, according to your logic, the First Presidency approved this because they are the ultimate editors of the Ensign: "We can only conclude, as Elder Talmage did, that “the whole series of chalk deposits and many of our deep-sea limestones contain the skeletal remains of animals. These lived and died, age after age, while the earth was yet unfit for human habitation."

Now, how could the Apostles and Prophets allow the Ensign issue to go to publication if they disagreed with that statement? Unless you want to admit the fact that not everything published in the Ensign has been unanimously endorsed by the First Presidency and the Twelve. Because according to your logic, the fact that it was published in 1987 without any opposition by the First Presidency or the Twelve shows that they didn't disagree with it. If they disagreed with it, they would not have published it. That article was published twice--Sept 1987 (Ensign) and April 1988 (Tambuli)--which gave the Church two chances to reject the article but instead it was published twice in an official LDS publication.

All of these apostles and prophets allowed this September issue to be published and none of them rejected the article that quoted Talmage, including the current President Monson, as well as Packer, Perry, Nelson, Oaks and Ballard who are still current apostles.
Posted by Clean Cut at Monday, April 12, 2010 39 comments:

I have to admit that I am a little cautious about how much my own primary aged daughter comes home from church singing "Follow the Prophet" ("follow the prophet...don't go astray...he knows the way"). Don't get me wrong, there's great value in following the prophet. It's just that following the "prophet" is no sure road to infallibility, and beyond that, I want my daughter to know the true Source. Considering the fact that we have a perfect Savior and not an infallible prophet, I thought it might not be a bad idea to add some new lyrics that simply express a child-like faith. I thought it would be perfect to post them today, since they go so well with the thoughts expressed at General Conference:

I think they go quite nicely with President Monson's parting words today:
“My counsel for all of us is to look to the lighthouse of the Lord. There is no fog so dense, no night so dark, no gale so strong, no mariner so lost but what its beacon light can rescue. It beckons through the storms of life. The lighthouse of the Lord sends forth signals readily recognized and never failing.”
Posted by Clean Cut at Sunday, April 04, 2010 18 comments: 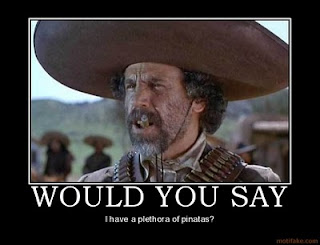 When the Mormon portal at Patheos began I remember thinking that it had potential, but that I might need to check back later. The content was a little meager at the time. Not so much anymore. One might even say they have a plethora of excellent articles. If you haven't checked them out, you'll be surprised at the quality. They don't need my endorsement, but after reading the following articles recently, they've certainly earned mine:

Mormon Trinitarianism: Not So Heretical by Clark Goble

Getting it Wrong, Kinda Sorta by Nathan Oman

Thinking Myself into Mormonism by Sam Bhagwat